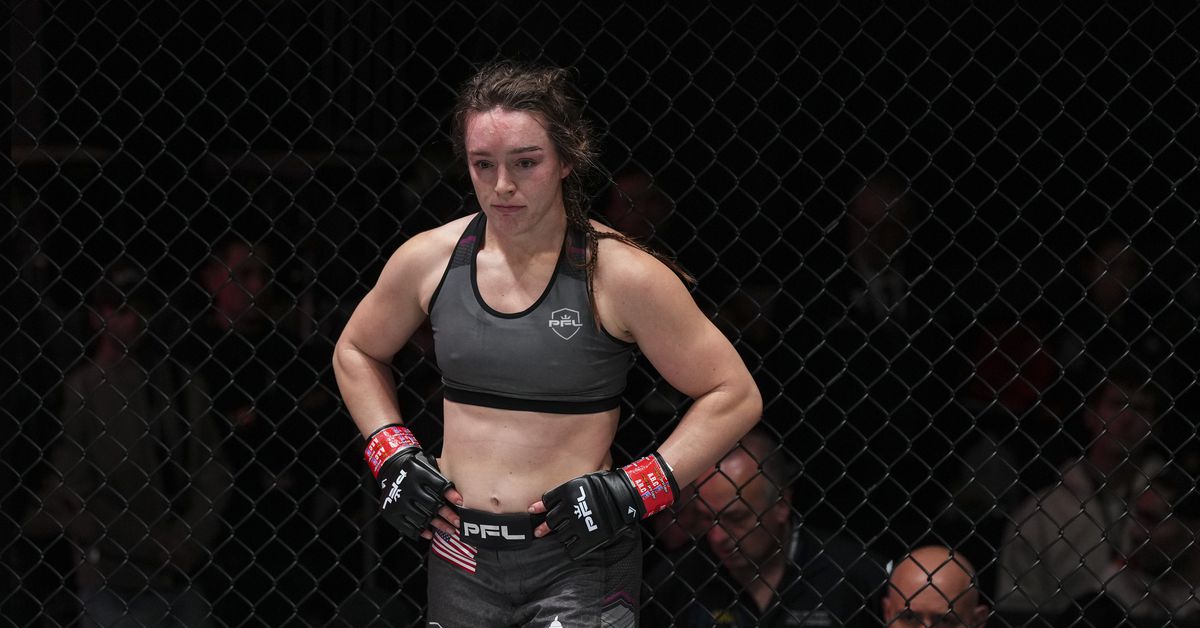 Fresh off her first win in almost three years, Aspen Ladd is ready to start the next chapter of her career.

To her, she’s already vastly ahead of the PFL’s top female talent: Larissa Pacheco and Kayla Harrison.

“I think Larissa has progressed incredibly,” Ladd said following her decision win over ex-Bellator champ in her featherweight debut at the 2022 PFL Championships. “She’s done very well with her striking.

“I think Kayla has been the queen for a long time. But if you look at either one of their resumes, it’s absolutely nothing compared to the people that I have fought and have come in fighting. So, you have different levels of experience with different levels of opponents.”

In the finals of the women’s lightweight tournament, Pacheco upset Harrison on Friday in one of the bigger upsets of the year. It was Harrison’s first loss as an MMA professional after her decorated career in judo, where she was a two-time Olympic champion.

The major knock on Harrison and other fighters in the PFL has been their level of competition. Ladd’s arrival bolstered the tournament-based promotion’s roster, though for now, she competes in a different division; she moved up to featherweight after her release from the UFC, the result of another weight issue that scrapped her fight at UFC Vegas 60.

The 27-year-old Ladd said the experience of fighting in a bigger weight division was a completely new experience.

“Elated,” she said. “I went through some serious health struggles, not just my knee the last couple of years, like, it was bad. Auto-immune stuff, lost all my hair. This little shaved down [hair] is not because I wanted to – it was because I had nothing left. And just getting healthy again and feeling good and being unable to live and fight and do what I love and not feel like crap. It’s been years of a lot of difficult stuff, and it’s just a huge relief.”

And while the fight was considerably closer than she wanted, Ladd felt she was the rightful victor on Friday, even if she was worried when the scorecards were being read.

“At the end of any fight like that, there’s always doubt,” she said. “I felt that I did enough, absolutely, but it’s still a frustration situation. She’s a very tough opponent, and you never know until they call out your name. So, of course, it was nerve-racking, but did I think I did enough? Yes.”

Check out Ladd’s full interview below, courtesy of MMA Sucka.