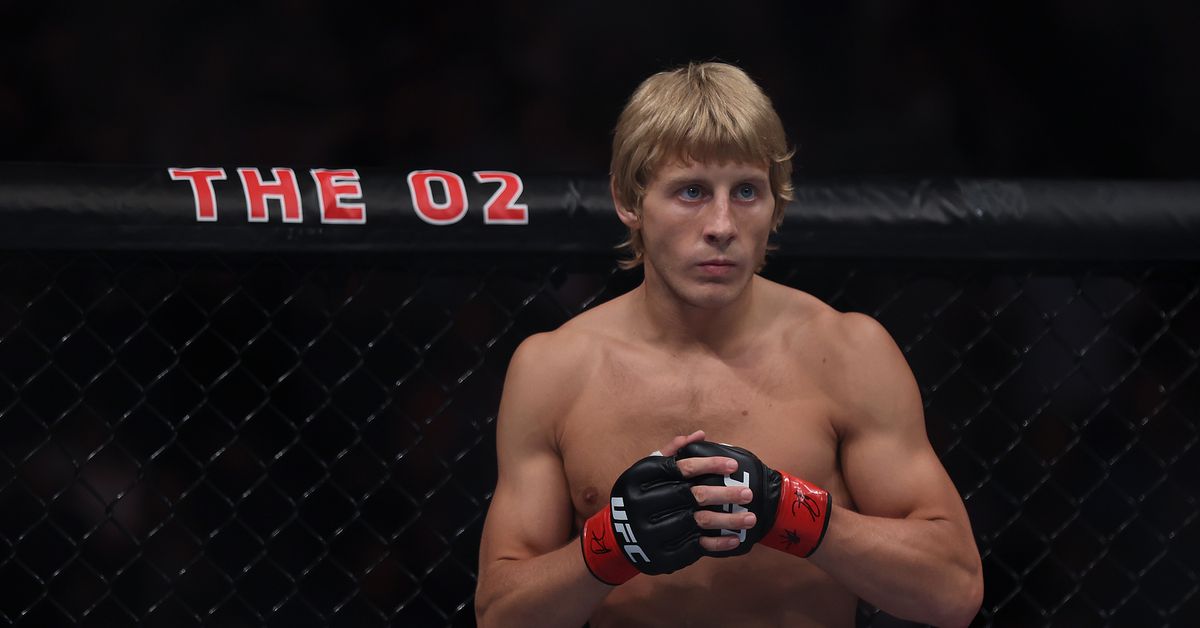 Paddy Pimblett is already one of the most talked-about fighters on the entire UFC roster, but he’s sick and tired of people treating him as more hype than reality.

Despite a perfect 3-0 record with three straight finishes, the 27-year-old lightweight from Liverpool, England, still doesn’t believe he’s being viewed as a genuine threat the best fighters in the world. That’s a myth he wants to dispel, and it starts with his fight against Jared Gordon at UFC 282.

“They’re not [taking me serious],” Pimblett said during UFC 282 media day. “It’s cheeky. People still aren’t taking me for real. No one respects me, and it does piss me off. But I’ve just got to get on with that. People just don’t respect the come up. Simple as.

“This is going to be my breakout performance. People are going to see the improvements that I’ve made over the last 15 months since I signed with the UFC. You’re going to see.”

Perhaps the biggest criticisms aimed at Pimblett has been the attention he’s received and facing what some consider lackluster competition through his first three fights with the UFC.

His opponents have a combined 5-8 record in the promotion, and two of those fighters — Luigi Vendramini and Kazula Vargas — were both released from the UFC after losing to Pimblett.

Of course, none of that falls on Pimblett’s shoulders, but he counters by praising the fighters he’s faced thus far in the UFC. He has an even tougher test coming on Saturday with his fight scheduled against Gordon.

“Every one of my past opponents, people will be like, ‘He’s not good, he’s not good,’” Pimblett said. “I personally think my best opponent was my debut, Luigi Vendramini. He gets a bad rap. The only fights that he lost, he lost a majority decision to Fares Ziam. He lost his debut at welterweight, and then I beat him but that’s me. People say because he got cut. Yeah, [Kazula] Vargas wasn’t the best, he wasn’t.

“Jordan Leavitt’s very good. No one had ever finished him. Everyone was talking about Claudio Puelles. He’s f****** s*** as well. He couldn’t finish him but everyone was saying he would beat me and I went and finished Leavitt on one of my worst nights. When I teamed up with a lot of s*** going on behind the scenes, and I still finished him in the second round. I’m disappointed in that performance just like I was with the Vargas one. I don’t think I’ve put a good performance in since my debut and that wasn’t even that good.”

With a chance to shine under a very bright spotlight on Saturday as the co-main event on the UFC’s final pay-per-view in 2022, Pimblett guarantees that he’s going to open a lot of eyes with his performance.

If he’s able to dispatch Gordon in impressive fashion, “The Baddy” will likely find himself headlining cards sooner rather than later because his star power is already undeniable.

None of it surprises Pimblett, who says this is exactly what he always expected when signing with the UFC and he believes Gordon will also discover that fact once they’re standing across the cage from each other.

“I always saw this in my future and knew what was coming,” Pimblett said. “I always said I’m going to be the biggest star in this sport and none of it takes me by surprise.

“I’m fighting in America, and I know full well, Jared’s going to get booed. I’m going to get cheered. That’s a fact. It just is. It’s going to be mad for him, because he might think he might get a good cheer, and when he’s standing in that cage and everyone’s singing, ‘Oh Paddy the Baddy,’ his ass is going to fall out of him.”

If you need further proof of Pimblett’s star power, look no further than a recent interaction he had with a neighbor when his dog used the bathroom on her lawn and he rang the doorbell to apologize while offering to clean up the mess. The video from his neighbor’s Ring camera went viral with more than 6.7 million views to date.

“Before I got home, I got home like 30 minutes after that happened, and I’ve been sent that on Whats App three times before I got home and then all night I just got sent it. The next morning, I woke up and it was on SportsCenter. It’s like what the f*** is going on here?”