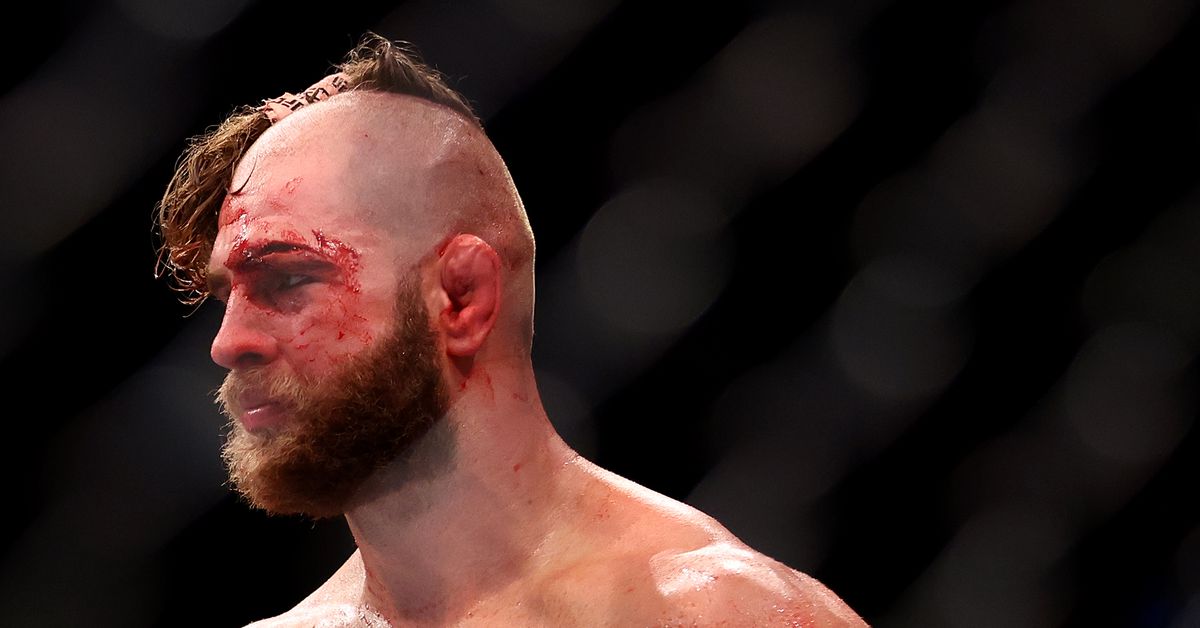 It will be a while until Jiri Prochazka is back in the Octagon.

Two weeks ago, shockwaves rippled through the mixed martial arts (MMA) community when news broke that Prochazka was out of the UFC 282 main event this weekend (Sat., Dec. 10, 2022) and vacating his Light Heavyweight title. Prochazka suffered a bad injury to his shoulder that requires surgery and is expected to leave him sidelined for quite some time, despite his hopes of returning in six months or so.

YEAR-END PPV BLOWOUT! Ultimate Fighting Championship (UFC) closes out its final pay-per-view (PPV) of the year on Sat., Dec. 10, 2022, with a battle for the vacant Light Heavyweight crown between former champion and No. 2-ranked contender, Jan Blachowicz, looking to stop the momentum of No. 3-seeded Magomed Ankalaev. In the co-main event of UFC 282, which will take place inside T-Mobile Arena in Las Vegas, Nevada, breakout star, Paddy Pimblett, intends to keep his momentum going at the expense of gritty veteran, Jared Gordon.

“That night when we were in there and we’re having the meeting and we’re talking about the possibility of him fighting again, he was saying ‘I think I can come back in five months’ and all this s—t,” UFC President, Dana White, said on Paddy Pimblett’s YouTube channel (h/t MMA Fighting). “The doctor was with us, too, and the doctor was like, ‘You need to start being realistic about this.’

“The thing I told him was I don’t want you to put that type of pressure on you where you feel like you have to come back in five or six months and destroy your shoulder again,” he added. “Take the time. Do it right. Get the right surgery and that night he decided then I’m not going to hold up the division, I’m going to vacate the title. Stud.”

UFC 282 was originally scheduled to feature a Prochazka rematch against Glover Teixeira who he defeated to earn his championship status in June 2022 (watch highlights). Unfortunately for Teixeira, he now finds himself as the odd man out while Jan Blachowicz and Magomed Ankalaev battle for the vacant crown in the new UFC 282 main event.

Regardless of Teixeira’s lack of involvement, White is still planning to have the Brazilian former titlist face the winner of Blachowicz versus Ankalaev. As for Prochazka, he attempted to fix what was initially a dislocation, ultimately leading to the worst outcome possible, says White.

“That night when it all went down and we had our doctor look at him, the doctor literally said in all the years of the UFC, this is the worst shoulder injury we’ve ever seen,” White said. “It’s pretty nasty. Him being the f—king savage that he is, he still wanted to fight. No, you can’t fight, kid. He tore it good.

“What happened was it popped out and he had some guys there at the gym [try to put it back in socket] and it f—king ripped the s—t out of it and destroyed his shoulder,” he continued. “I’ll tell you, tell him, tell all the fighters, if anything happens to you, jump in a f—king car and go to the hospital. We will pay for everything. People think that these guys at the gym can fix your shoulder, do this s—t, do that s—t, don’t even risk it. Just go to the hospital. It’s crazy.”

Remember that MMAmania.com will deliver LIVE round-by-round, blow-by-blow coverage of the entire UFC 282 fight card right here, starting with the early ESPN+ “Prelims” matches online, which are scheduled to begin at 6 p.m. ET, then the remaining undercard (on ESPN2/ESPN+) at 8 p.m. ET, before the PPV main card start time at 10 p.m. ET on ESPN+ PPV.

To check out the latest and greatest UFC 282: “Blachowicz vs. Ankalaev” news and notes be sure to hit up our comprehensive event archive right here.