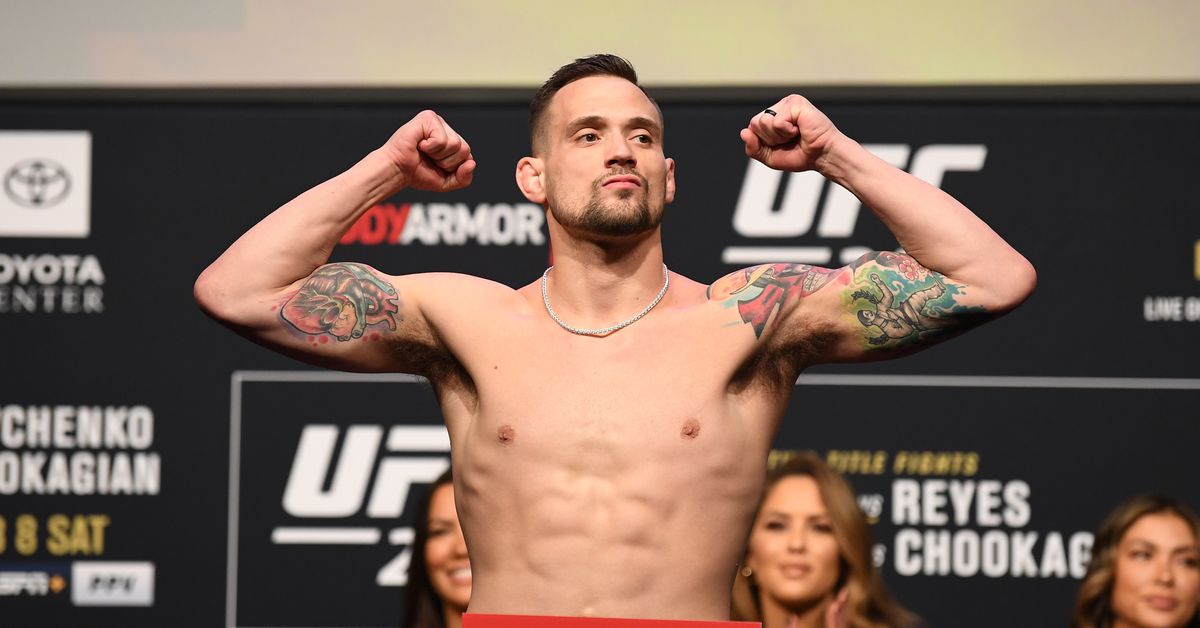 Krause, a former UFC fighter, has been one of the biggest topics in the sport over the past month. The renowned MMA head coach was linked to a wagering scandal at UFC Vegas 64 back in November involving his fighter, Darrick Minner. Krause, who has a long history of betting on MMA fights (even ones he’s coaching in), was understandably part of the suspicision.

The dominoes have been falling ever since. Not only did UFC implement an updated Code of Conduct prohibiting contracted athletes from betting on fights, but multiple commissions have halted UFC wagering all together until the ongoing investigation completely plays out.

Just over a week ago, UFC handed down a brutal suspension on Krause, stating that any fighters coached by him or training at his Glory MMA facility will no longer be allowed to compete for the promotion. Krause also had his license suspended by the Nevada State Athletic Commission (NSAC).

On Friday, it was reported by MMA Insiders that Krause had decided to sell all ownership in Glory MMA & Fitness along with its affiliates to Fighting Alliance Championship (FAC) owner & Iridium Sports agent, Joe Wooster. MMA Mania later confirmed this report.

“James Krause has elected to sell all ownership in Glory MMA and it’s affiliates to Fighting Alliance Championship owner & Iridium Sports agent Joe Wooster. Wooster is the founder of the Kansas City based FAC fight promotion and appears to have had a longstanding relationship w/ Krause prior to his takeover,” read the report.

“FAC recently had it’s planned broadcast for this upcoming Friday removed from the UFC FightPass app and I’m hearing that Krause has opted to sell his stake in all gyms connected to both the UFC and the regional fight promotion in a bid to absolve his gym, it’s fighters & all of it’s affiliates from the current embargo placed on fighters training out of Krause affiliated gyms.

“UFC fighters were previously barred from training at Glory MMA gyms & fighting in the promotion simultaneously and risked having their fights cancelled if they continued. Krause hopes this sale will allow his fighters 2 resume training at the Lee Summit location while fighting in the UFC AND allow FAC to return to Fight Pass.

“It is unclear how many UFC fighters will choose to stay or return to the Kansas City gym considering Krause was the main attraction and current head coach of the gym. Brandon Moreno & Julian Marquez have already left for Vegas in preparation for their upcoming fights, so a return from either fighter anytime soon appears unlikely.

“The belief is that Krause will be excusing himself from MMA indefinitely, and possibly for good, following the sale of his Kansas City gyms. More coming.”

It didn’t that long, but it appears Krause is biting the bullet for UFC Vegas 64’s incident. It may be a harsh exit from a sport he’s called home for years, but this should clear a path for Glory MMA fighters to resume their training and still be able to complete in UFC.

Morning Report: Robert Whittaker suggests Israel Adesanya’s knockout loss to Alex Pereira could ‘free him up’ for rematch
Winners, Loser From Bellator 290 And UFC Vegas 68
Preview! ‘Looking For The Knockout’
Sean Strickland gives respect to Uriah Hall after UFC on ESPN 28 victory | MMA Junkie Shorts
Breaking down McGregor vs. Chandler on TUF and in the Octagon