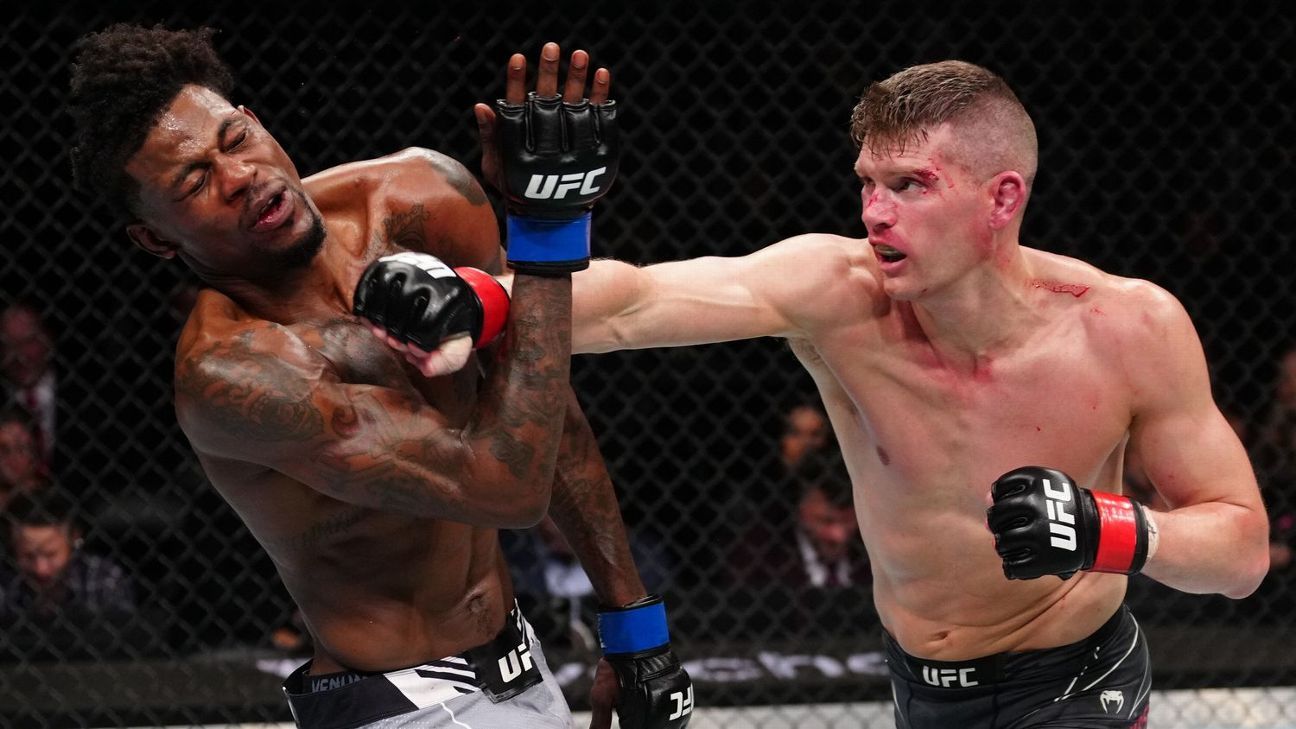 Kevin Holland isn’t the only one with an injured hand after a hard-fought UFC Fight Night main event last week.

Stephen “Wonderboy” Thompson wrote Friday on Twitter that he broke the second and third metacarpals in his left hand in the bout against Holland.

Thompson won via TKO after the fourth round when Holland’s coach, Bob Perez, waved the bout off. Holland’s right hand was injured so badly he could no longer muster effective offense or defense.

In the tweet, Thompson wrote jokingly that Holland’s head is “almost as hard as mine.” Thompson will not need surgery on his left hand, he wrote. The bout itself was a back-and-forth contender for fight of the year.

Holland ended up breaking the third, fourth and fifth metacarpals in his right hand on a punch that connected in the first round.

Thompson (17-6-1), a 39-year-old South Carolina product, snapped a two-fight losing streak with the win. He has been a perennial UFC welterweight wonder for the better part of seven years.